Coming Up for Air

I stepped out for a sun shine break and the light hurt my eyes intensely. In a cave of occupation I realized this is how my brain sometimes felt. Where the occupation seeps so far into your consciousness and is somehow linked into every thought. And to escape into another realm, say creative pursuits, it is almost shocking. Clouded and pursued by a mechanical distraction, a rewiring of my brain, I realize it is time for me to take a step back and rewire my brain the way I would like it to function on a more relaxed and creatively charged plane, diving into new concepts plucked from simple experience and opening the channels into the deeper realms of my subconscious where stories linger and are ready to be told. I had a good moment today, feeling naturally a conversationalist, enjoying creative interaction, and the art of goofing around without forcing anything.
Posted by The Igloo Oven at 5:26 PM No comments: 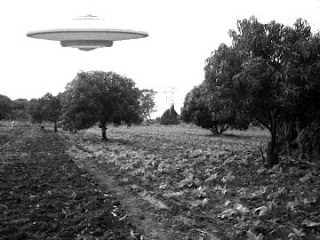 I was working as a detective and was called to investigate the murder of an alien on the site of a quarantined alien bunker. I sneaked in through the metal gate with my partner and pulled out the body from an empty wharehouse. The bunker was out amidst some farm lands, it had begun to rain and our plane had somehow filled with water, so we were unable to fly out of there. We had to walk through farmland through tree groves back to civilization. We came across an antique house with modern wings built upon it, with fountains lit from within, a yellow orange flavor of flame. Here the elderly resided in leisure. We joined them for tea.

I jumped out of an airplane, felt the sudden "oh fuck what am I doing." Had a cheapy parachute made from a back pack but didn't use it, landed safely on the ground after I persevered the feeling of falling through fog, no awareness of the ground approaching but suddenly my feet were planted. I've had many of these types of dreams before, skydiving without a parachute, a sudden leap from the plane to the ground as the quickest route down. Perfect landing on my two feet.

In this dream I was living on Grand and wilton, took the subway home and got off at the grand blue line but was somehow way way west of the city. I began walking a little bit more west, unknowingly, disoriented, and came upon the expanse of a cemetary. I turned back around, by this time it was pitch dark and snowing. I came across two of my former professors but only had time for a quick hello in passing. A trashy looking woman, young woman, probably in her teens, said "hey want to get a hotel room." She was missing her front teeth and I was quick to tell her to "get the fuck away." But it turns she was the sister of a friend who immediately came upon us. We cleared up the misunderstanding as she was "just joking." We went back to their house and had hot cocao and watched the snowfall and a halloween parade pass by their front bay windows. We soon joined the parade and I found two coins made from alluminum in my front jacket pocket, large coins. Somehow these resounded with great significance, as though I had gone full circle on journey, and a twinge of deja vu reverberated in my heart to tell me I could have missed out on all of this adventure had I found these earlier but felt satisfied that I hadn't.

All of my family came in town, including aunts, uncles and cousins. We went out for beer and ice cream. I had finished one brown ale, ordered another, took one sip, then went to releave myself. When I returned my family was gathering outside the door, ready to return home, my full beer had been cleared and drained. I was highly disappointed. We played a family tournament of Mario Kart after the ice cream and beer.

At my old home in Maine, the house I grew up in from 10-19 years of age, we were shooting a Wood Sugars short film. Eliaz Rodriguez was setting up his camera angles on my back deck, which had been removed from the house and re located across the lawn in a wooded patch. Two rabid black possoms began encircling Eliaz, stranded on the porch. I hustled inside the house to attempt to retrieve a bb gun, my mom found one in the garage. We shot the beasts. I do not remember ever owning a bb gun as a kid in that house. Yet conveniently one was placed with in the memory of my childhood home to aid me in that particular predicament within this dream scenario.