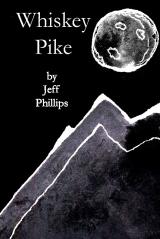 Whiskey Pike: A Bedtime Story for the Drinking Mankind
Shane Bowermaster reaps the land and sells his crop of barley to sustain the family pastime and habit, whiskey. Inspired to try his hand at brewing the beverage of choice, a new trade consumes the Bowermaster family, leading them down a path toward one wild and wicked toast.
Click here to-> Sample, Get a Copy 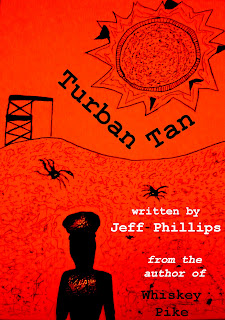 Turban Tan
Espionage plays a valuable role in the business world of 2032. The excavation of resources is driven not by free enterprise but by the desperation to sustain those who serve in protection of the stock piled wealth of a corporate monarchy. The Drippy Man, as he is referred to, becomes a centrifugal outsider on the inside as the words from The Dry Advisor take shape in his understanding during the course his next assignment. Betrayal in a stagnant, monopolized economy is as commonplace as the fitful wind.
Click here to -> Sample, Get a Copy 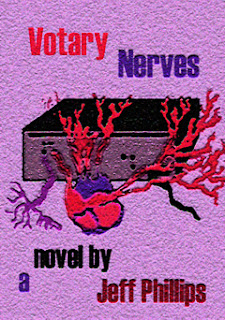 Votary Nerves
Post national tragedy, televisions are bright with newscasts. In a small Northeast town, Chad Duncan cringes from the bright pervasiveness of his parent's home. It flickers a distraction from his yearning for independence and identity. After heated debates between father and son, an accident at the local television factory consumes the vitality of father. Chad embarks on a partially lucid odyssey, in search of familial, social and sexual intimacy by way of sensory dismantling. An unexpected romance with the baddest girl in school stirs in him an unfamiliar courage. While pursued by a specter of a different kind, the tail end of his adolescence is a slide down the psycho-nautical TV set of his own noggin. The telesnuffer phase begins with the pushing of a rattled button.